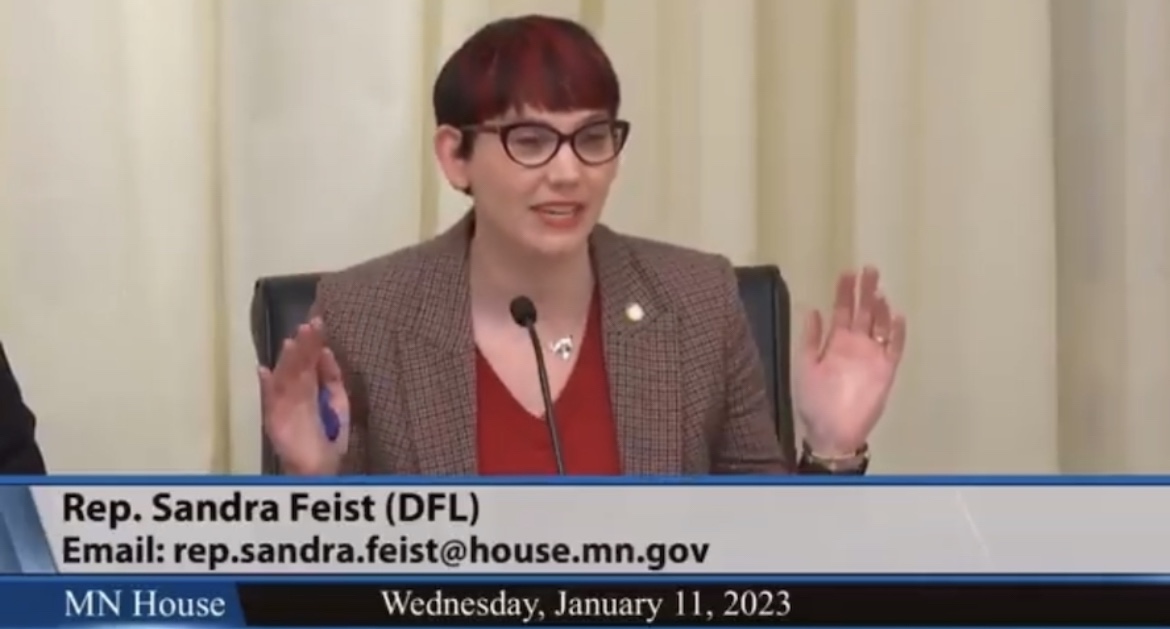 The urban DFL strikes again at Greater Minnesota with over 2 dozen members introducing a bill to ban mining on state lands in the Rainy River headwater area. Showing their true colors that they want to control our communities and our livelihoods.

One of the legislators that has introduced the bill that would kill 2000 new well paying mining jobs is Rep. Sandra Feist who stated early this session that “Not all students that menstruate are female” during a committee hearing for a bill that would require feminine products be provide in school bathrooms. Never forget this is the mindset of the people that think they know what’s best for you and your community.

This is the same group that wants to keep a file on you for “hateful incidents”. Do you really believe that they won’t consider opposing their control of your community a “hateful incident”?

This group will soon waste your state surplus on their pet projects. Giving you little to nothing back. While also working to destroy our local economies with their green agenda. They will only care when the money runs out.

With nearly everyone in this group being from the Metro it is becoming clear that those in Greater Minnesota will never get a chance to say what should happen in their own communities. The DFL is a on a mission to push their agenda, and that agenda doesn’t involve us being prosperous.

Find out more about the bill here.

Help spread the word about the madness in St.Paul subscribe below.